Since the United States Patent and Trademark Office (USPTO) released its research-oriented trademark dataset to the public, understanding and studying how trademarks are used in the economy have become less complicated than ever before. USPTO economists Stuart Graham, Galen Hancock, Alan Marco, and Amanda Fila Myers provide a “first look” description of important trends in trademark applications, registrations, and renewals, derived from the USPTO database of trademark case files. Through a comprehensive analysis and highlighting important data elements, the authors expect their research will spur additional research in economics, innovation studies, and management.

1. Your article mentions that the USPTO is releasing this data for the first time. What accounts for this newly available trademark data?
This move by the USPTO was largely in response to increased demand for better information on the knowledge economy, as more of the world’s economic growth is driven by innovation. But – as with many good things – this move required an internal champion, provided in this case by the founding of the USPTO’s Chief Economist Office in 2010.

2 . What is the data coverage of the USPTO Case Files dataset? What data is now accessible that was not previously accessible?
These data cover the entire corpus of US trademark registrations stored in the USPTO data warehouse – dating back to 1870. In truth, the information has been available to the public for years, but it was not organized, described meaningfully, or aggregated in common formats. As such, it was virtually impossible for researchers to use the information beyond one-off searches. The JEMS article describing the data was meant – as a complement to the .csv and .dta relational dataset – to overcome these limitations, and to reduce wasteful, redundant efforts by researchers in finding, cleaning and understanding the data.

3. Your data indicates that annual filings and registrations have increased dramatically since 1981 (p. 35). What do you believe accounts for this increase?
This growth is likely driven both by a changing economic environment, and by a policy shock. The early 1980s was a period of substantial growth in information technology, with companies like Apple, Microsoft, and Seagate – founded just prior – releasing new products and services, and new entry by many entrepreneurial firms. Prior research by Bronwyn Hall (2005) shows that there was a structural break in the patenting trend upward in 1984, due largely to new IT inventions, and we know that trademark registrations tend to be a leading indicator, while patent applications tend to lag. Clearly, another explanation is that policy changed: in 1989, the requirement for registering a TM was relaxed, from an actual ‘use in commerce’ test to a mere ‘intent to use.’ A more general influence over the last several decades has been the increase in intangible assets as a share of business outputs recorded by Carol Corrado and her co-authors (2009), among other scholars.

4. What are some other notable trends and insights that can be assessed from this data?
We’re just at the forefront of understanding what these data can teach us, and what use researchers may make of them. Trademark registrations are much closer to the marketplace, to the timing of product and service introductions, than the inputs we as researchers can normally observe (such as investment, like R&D). As with many other data sources, work has yet to be done by researchers to fully expose the various ways these data will be used, and the insights they will I’m sure help to uncover for us.

5. What research fields do you think will be most impacted by this newly available trademark data?
Clearly the empirical study of law will benefit, but I anticipate that – as innovation and entrepreneurship continues to drive growth – both the economics and management fields will use these data and descriptions. The case files we describe represent 6.7 million trademark applications spanning over 100 years, each with rich information on the back-and-forth negotiations between the registrant and the trademark examiner. These millions of files, each with several individual transactions, represent an opening for many fields. I encourage researchers to avail themselves of the opportunity we’ve provided to study, and provide new insights. 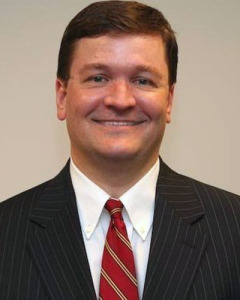