As the production of a single film can easily swallow up to 100 million USD and more, modern entertainment products have become significant investments. Due to profit optimization, risk considerations, soaring production budgets and availability of external funds, equity-based co-financing arrangements have become popular among the Hollywood studios. Powerful private and institutional investors have embraced film projects as an investment opportunity beyond traditional asset-backed securities, such as real estate mortgages.

In slate financing, the co-financing partners become co-owners of the completed asset, endowing them with residual rights to the net profits generated by the final product. First, the slate investor commits to co-financing a widely unknown portfolio of films over multiple years with the same studio. And second, the experienced studio partner typically retains full control of the production and distribution tasks. Since the studio partner continues to execute some projects without any co-financer participation, the setup generally allows studios to pre-select the scripts they put on offer. As investors, in turn, usually lack industry expertise, the resulting information asymmetries between the partners allows for discretionary behavior of the more knowledgeable party, which in the case at hand is the studio. The result is adverse project selection and moral hazard, both impairing the return rate of the co-financed portfolio. Focusing on the years 2006-2007 and controlling for other factors, we observe a significant markdown of 26 percent.

When choosing an agency to work with, slate investors should look for two things. First, they should make sure that the agency’s portfolio has all of the studio’s movie projects included. In a business where the distribution of profits is highly skewed and only a limited number of projects actually earn money, it is important that there is no project exclusion. Moreover, the risk for the investor tends to decrease with the number of films being co-financed.

Secondly, slate investors should be enabled to closely monitor their investments. An example of this would be appointing an executive producer or assigning their own accountants. An ideal studio partner would not only accept that but also commit to a long-term relationship.

The fact that slate financing was a new phenomenon is an important element to consider. One of the major underlying problems was that slate financers had been relatively inexperienced in the movie business that they were investing in. As a result, many co-financers underestimated the consequences of adverse project selection and moral hazard.

I think another problem was that studios assumed slate financing to be a temporary phenomenon, and consequently, they did not worry too much about their reputation. If the studios had anticipated that slate financing would develop into a permanent and significant alternative source of financing in the long-term, they would have treated their partners differently from the beginning. 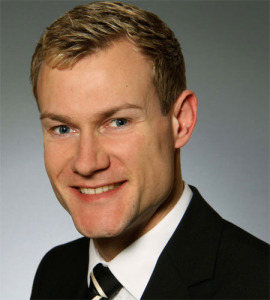 Some slate financers have indeed integrated into the production aspects of filmmaking and – in doing so – behave more like professional film financers or even independent studios today. Apparently, there is room for different players offering different risk-return-structures to their investors. What slate financers should develop in any case, however, is a competence that allows them to monitor their investments more closely. A stronger involvement in the actual film production, on the other hand, would somewhat change their business. I do not necessarily see higher margins associated with this.

Slate financing is well suited to raise funds in industries where a large number of projects are available, but the chance of picking the right project to make a profit is rather small. As of 2013, all of the big Hollywood studios except for Disney have entered into new slate financing agreements. Such deals have also been observed in other media markets, like TV series and video games. Given the specialization of the different forms of financing to the different needs of media companies and investors, however, I am reluctant to predict that slate financing will be the investment norm for the entertainment industry in the near future, despite its growing significance.

I think that the two most important managerial implications are as follows: be sure that you have access to all of the movie projects, so that the studio is not withholding the most profitable projects, and to accumulate more expertise, i.e. by hiring film executives, to better manage your risk.

Although this setting appears to be highly specific at first, the underlying principal-agent relationship with its manifold pitfalls and managerial challenges proves to be highly relevant for a large range of economic problems and real-life business situations. Examples include but may not be limited to alliances involving equity stakes in research-intensive industries like biotechnology, pharmaceutical, telecommunication or automotive. Moreover, agency problems frequently surface in joint ventures, particularly often in international joint ventures across cultural borders. Finally, providing financial resources to an entrepreneurial endeavor is the core business of venture capital and private equity firms. Protagonists from all of these examples may benefit from the insights and managerial implications generated by the study at hand.