We develop an O-ring production function characterized by specialization and division of labor and where shirking or negative shocks can have major adverse consequences. We show that when the principal can monitor individual output, the firm tends be large (potentially larger than first best), with a high degree of specialization and division of labor, weak incentives, and low pay as in traditional nonunion manufacturing. Moral hazard can only limit the size of the firm relative to the first best when the principal can only monitor team output, in which case the firm has the opposite characteristics.

The following section is a Q&A with Professor Michael T. Rauh

An O-ring production process is one where a small mistake can have major adverse consequences. The term comes from Kremer (1993), where it refers to the cause of the space shuttle Challenger tragedy. A less dramatic example occurs in the automobile industry, where production mistakes can lead to costly recalls. This paper provides an O-ring theory of the firm in the sense that it shows the effects of such a production technology on the firm’s size, the degree of specialization and division of labor, and incentives and compensation.

2. Please briefly describe the main results of your paper. How does it synthesize and build upon previous research by Becker and Murphy (1992) and Kremer (1993)?

3. What led you to propose a new theory of the firm? What aspects of actual organizations does your theory capture that other established theories do not consider?

In the existing literature, the production technology is generic and non-descript and does not play a major role in the analysis. Yet many production processes in the manufacturing sector are characterized by specialization and division of labor as well as the O-ring property. In this paper, we show that this specific real-world production technology has a decisive influence on the nature of the firm.

4. What are some possible managerial implications of this work?

We have seen the implications of an O-ring production technology for the nature of the firm. But what about the nature of competition and the organization of industry? There are many other questions one could ask. 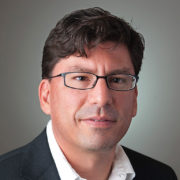 27.1 – The magic of the new: How job changes affect job satisfaction Exclusion in all‐pay auctions: An experimental investigation
Scroll to top