by Adrian Chadi and Clemens Hetschko

Changing one’s workplace is a crucial event in a person’s life. While distress and sorrow often accompany the end of an employment relationship, the fresh start in a new job may be a stepping-stone for a successful career or the beginning of a particularly exciting time in one’s life. The successful start of a new employee-employer-relationship is also of great importance to the firm.

Searching for and hiring workers imposes high costs on firms, not least when it comes to vacancies that must be filled with extraordinary talents. Once a worker is hired, it is therefore important to ensure that the newcomer gets accustomed to the new environment. The key process here is organizational socialization, which renders the new worker, who is an outsider at the beginning, an insider. It is up to the firm to shape this process successfully in order to motivate highly valuable employees to stay.

There are many reasons that should motivate scientists from various fields to study job satisfaction in the context of occupational mobility. Applied psychologists and management researchers are interested in organizational behavior in general and the discussion of how to integrate newcomers successfully. Economists are interested in labor market flexibility, and corresponding policy measures, by which lawmakers increase or decrease the frequency of job mobility in a labor market. The potential prospects of changing employment regulations to foster quick and easy job creation is part of an ongoing debate on labor market policies.

To investigate the implications of labor market policies, economists increasingly make use of subjective data to inform both research and policy-makers. We follow this idea and provide a comprehensive discussion of job satisfaction after job changes. Specifically, we employ a large-scale German panel dataset to analyze the effect of job changes on job satisfaction in a representative sample of employees. Our data allows us to distinguish among four reasons for job changes from the employee’s point of view: quits, mutual agreements about employment termination, dismissals, and plant closures.

The investigation of different types of job changes is important, as we consider the varying level of voluntariness underlying a job change to be crucial for the employee’s satisfaction with the new job. To provide credible results, we analyze and consider selection issues with respect to our data and apply special estimations methods, thereby exploiting the richness of our dataset. Using information on various life circumstances, parallel life events, job characteristics, and comparisons of the initial versus the new job, we can confirm the robustness of our findings.

The following section is a Q&A with Drs. Adrian Chadi and Clemens Hetschko

We observe that people’s job satisfaction varies immensely before and after job changes. Enormous dissatisfaction with work precedes the switch to a different employer. This is true for all types of job switches that we observe. However, depending on the reason why the previous employment ended, we see striking differences in the level of satisfaction with the new job.  Most employees are extremely satisfied in the first year of their new job, far beyond their individual average satisfaction. Yet, the less voluntary the job change was, the smaller this “magic of the new” (to quote poet Herrmann Hesse) turns out to be.

Workers initiating a change of employer experience extraordinarily high job satisfaction, though in the short-term only. One interpretation is that people are very happy and optimistic at the beginning of the new job and then get used to it over time, while job satisfaction declines strongly in the years to come. This picture was found by researchers with Wendy Boswell and called the ‘honeymoon-hangover effect’. Our JEMS article expands this research in several dimensions. First, we use data that is de facto representative for a large country and confirm the honeymoon-hangover pattern as the standard picture of how job satisfaction evolves surrounding job changes. Second, we demonstrate that this pattern depends on the level of voluntariness of the job change. The less voluntary the termination of the previous job change was, the less pronounced the honeymoon, and the less severe the hangover afterwards.

An important contribution is the analysis of plant closures as triggers of job changes. Clearly, most job changes are voluntary and typically follow a resignation from the former employer. These people are sure that they will improve their situation when switching, which means that we observe a positive selection of cases when we study job changes in a representative dataset. Consequently, it is no surprise that most people respond very positively when asked about their new job. The question that we as economists are interested in is whether this high satisfaction with work is the result of changing jobs itself. Job changes triggered by plant closures are unintended and thus allow us to circumvent the positive selection of job changes that people chose voluntarily. Plant closures affect both those who want to leave an employer and those who do not want to, both the high performers and the low performers. By focusing on this distinction, we answer the question of whether every parting is promising.

Our findings are important for human resource management, where job satisfaction is regarded as an important indicator. Based on our results, personnel managers need to consider the circumstances under which workers move to a firm. Those who have changed jobs voluntarily may be very motivated and unlikely to leave the firm in the first years, in contrast to employees who lost their previous job involuntarily. As the former may already have a strong commitment to the new challenge, which certainly fosters successful integration, management is well-advised to take special care of the latter. The strong hangover that most employees experience after the honeymoon period also deserves special attention, as the risk of turnover and drop in performance may increase quickly with tenure. In this respect, our results clearly show that the happier the honeymoon is, the stronger the hangover will be.

With respect to labor market policy, the strong increase in job satisfaction in the wake of job switching seems to be an argument for more flexible labor markets. However, the overwhelming majority of cases observed in the data are beneficial for the individuals because they are voluntary and display rational decisions. The positive experience of a new job is not a given fact, as we find no evidence for any impact of exogenously triggered job changes on job satisfaction. Nevertheless, fostering flexibility may create more vacancies and this could help employees who want to change jobs improve their situation.

Our JEMS article is about job satisfaction and thus describes the situation of employees in just one, though obviously important, area of their lives. While many employees seem to be very happy at their workplace when starting a new job, it could be they make a large effort and invest a lot of time in the new job, while other areas of their lives suffer. To provide a comprehensive picture on how job changes affect the situation of employees, it is a good idea to analyze the effect of job changes on other indicators of subjective well-being, too, such as people’s satisfaction with their family life. Actually, this is what we do in our ongoing research on job changes. 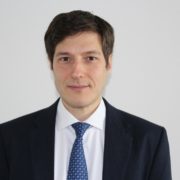 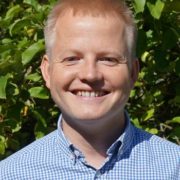 Do retail mergers affect competition? Evidence from grocery retailing 27.1 – The O-Ring Theory of the Firm
Scroll to top