Q&A with Daniel Hosken from the US Federal Trade Commission*

Grocery retailing is a firmly established industry in the United States, but also remarkably dynamic. About 7% of retailer outlets open or close each year, as the result of either market entry or exit or within market expansion and contraction by incumbent retailers. Moreover, over a relatively short time period, the size of firm’s operations within a market can significantly change. Daniel Hosken, corresponding author of this paper, discusses the reasons behind this market’s dynamism, patterns of entry and exit, and possible impact on retail competition.

1. How does your paper define “big box grocery retailer”?

Our goal was to identify the retail formats that sell a full line of grocery products, most importantly meat and produce, such that a household could conduct its entire weekly grocery shopping at that outlet. The “big box grocery retailer” market consists of three retail formats: conventional supermarkets, supercenters, and club stores.

2. Why is the entry and exit for grocery store industry so dynamic for a mature industry?

While the overall size of the grocery industry remained roughly constant during our study period, the composition of stores in operation changed significantly every year. The biggest source of store turnover is the entry and exit of independent supermarkets (single outlet retailers). Interestingly, store openings and closings by independents are roughly balanced with roughly 1600 entry events and 1900 exits. The next most important source of changing store composition has been the growth of club store and supercenter retailers at the expense of large chain supermarket retailers. Finally, we often observe store composition within geographic markets changing due to some firms expanding significantly while others contract.

3. What accounts for the greater market entry and exit by supermarkets operated by small chains, compared to the supermarkets with large chain retailers?

The size of the U.S. geographic markets served by big box retailers varies dramatically. The average metropolitan market (as we define it) has more than 750 retail outlets in operation while the average small and medium sized markets have about 4 and 30 outlets, respectively.

Large chain supermarkets (those with more than 100 outlets) typically focus their operations in relatively large markets and operate many stores within those markets. Large chains most frequently expand or contract by incrementally adding or subtracting stores within the regions they already operate in rather than by expanding into new markets or leaving existing markets. By contrast, small chains are relatively more likely to operate in smaller geographic markets and operate a small number of stores within a given market than the large chains. As a result, when small chains expand (or contract), they are more likely than the large chains to do so by entering (or exiting) a nearby small or medium sized market. Hence, small chains are relatively more likely to expand via entry while large chains expand via within market expansion.

4. Overall, what challenges or benefits does the dynamic nature of big-box grocery retailers pose for retail competition?

While entry may play an important role in disciplining markets in the long-run, we are skeptical that entry can quickly restore competition in the intermediate run which is typically the focus of competition policy. Market entry by small firms is common. However, outside of the smallest markets, entrants rarely attain a substantial market share within a two to five year period. Moreover, entry rates do not appear to increase following mergers that result in large increases in market concentration. Actions by large incumbent retailers, however, likely play a very important role in disciplining markets in the intermediate run.

*These are the author’s views and do not represent those of the U.S. Federal Trade Commission or any individual Commissioner. 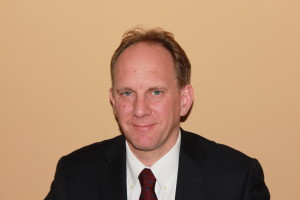