What are the effects of airline bag fees on the overall cost of air travel? Jan Brueckner, Darin N. Lee, Pierre M. Picard, and Ethan Singer present a theoretical model that explores the relationship between airline fares and bag fees, predicting a decline in fares when a fee is introduced. Their empirical results confirm this prediction, indicating that the base fare falls by less than the amount of the bag fee, so that the increase in overall travel cost is less than the fee. This paper provides a rare example of empirical work on product unbundling, focusing on a highly visible case.

The following section is a Q&A with Professor Jan Brueckner

1. According to your research, by how much does the average fare of an airline drop when a bag fee is introduced? Why is this the case?

The average fare falls by 2 to 3%. But most of the action is at the lower end of the fare distribution, where fares fall by 4 to 5%. Passengers paying high fares are mostly exempt from bag fees, so these fares are unaffected. Reflecting this pattern, the magnitude of the fare reduction also varies with route characteristics that capture the incomes of the endpoint cities and whether they are vacation spots. Simply put, the explanation for the fare drop is that passengers not checking a bag are less costly to serve, which allows the airline to reduce the fares they pay.

2. What theoretical framework do you use to generate your findings? How could your model be adapted to account for the different classes of airline passengers (business, first class, etc)?

Our model incorporates an inconvenience cost of NOT checking a bag, with bag checkers being passengers for whom this cost exceeds the bag fee. The monopoly airline sets the bag fee along with the fare knowing that passengers divide in this fashion and taking into account the overall price sensitivity of demand. The model could be extended to include business passengers, whose inconvenience cost is lower (maybe even negative given their aversion to waiting for a checked bag) and whose demand elasticity is smaller. Such a model would imply that both fares and bag fees would differ across passenger types, and the exemption of high-fare (mainly business) passengers can be seen as a way of setting low (zero) fees for this group.

3. How do you anticipate your findings to be applied to cases of other product unbundling industries?

Our model applies to virtually any product or service with an “add-on”. An example would be internet service in a hotel room. Some people have a high inconvenience cost of not having internet access and will pay a hotel’s internet fee, while those with low costs won’t pay. The hotel would optimize by choosing the fee along with the room rate. One difference relative to the checked-bag case is that the marginal cost of an extra user is zero once a wireless system is installed in the hotel.

4. What further questions do you hope you and others will answer regarding the economics of airline bag fees and in the other literature focusing on add-on models?

A student at another university sent us some interesting dissertation work exploring how a carrier without a bag fee responds when a competitor introduces one. In addition to this question, a carrier’s choice NOT to impose a bag fee requires further study. Even though a zero fee could be optimal in our model, the conditions leading to this outcome don’t seem to capture the forces that lead carriers like Southwest not to charge for checked bags, making further work potentially useful.

5. What managerial implications does your research have for the airline industry?

Bag fees are unpopular, but the carriers never told passengers that lower fares would partly offset the cost. They should have done so. 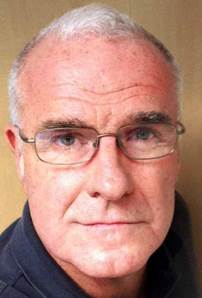 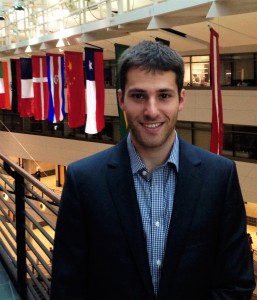