China’s remarkable economic growth the past few decades is reflected in its automobile industry, which now has the world’s largest total output of vehicles. A salient feature of this market has also been its persistent price decline for the past decade, as vehicle prices have decreased by eight percent each year. In the interview below, Drs. Shanjun Li and Junji Xiao explain the factors and implications of this significant price drop, how this phenomenon relates to other emerging markets, and the future of China’s automobile industry.

1. In 2009, China surpassed the U.S. to become the largest automobile market in the world. What were the factors behind this dramatic expansion?

The automobile market in China started to take off after the turn of the century. The sales of new automobiles in China increased from about 2 million units in 2001 to more than 23 million in 2014. There are both demand and supply factors behind this dramatic expansion. Over the past three decades, China’s per capita GDP increased from $200 in 1980 to over $7400 in 2014 according to the World Bank. As a results, demand for transportation and household vehicles increased dramatically. At the same time, prices in real terms have been dropping, vehicle quality has been improving, and product offering has been growing. Virtually all the major international automakers are present in China through joint ventures.

2. According to your research, what caused China’s automobile prices to fall by 33% from 2004-2009? What were the implications of this significant price decline?

Our study shows that the intensified competition (i.e., more product offering) accounted for about one third of this price decline and the rest came from cost reductions through learning by doing and other channels. In addition, the price decline would have been larger had it not been for the growth in household income during this period. Our empirical findings echo previous research and suggest that the market power of major automakers in China is declining. Moreover, the significant price decline has important implications beyond the industry: although it has benefited consumers in that more and more families are able to afford their first vehicle, the dramatic and rapid increase in vehicle ownership, especially in urban areas, has outpaced the growth in road infrastructure, environmental regulations, and domestic oil supply.

3. What is the relationship between the automobile’s price decline and China’s increased household income?

The income growth, 60% in real terms during our data period (2004-2009) had dampened the extent of price decline. That is, average vehicle price would have dropped by even more without the income growth.

4. How does your research relate to other emerging automobile markets?

Although the context of our study is in China, our analysis provides insights that could be helpful to understand other emerging markets and contributes to the literature on analyzing important features of these markets. Other emerging countries like India and Brazil have also been experiencing dramatic changes in their automobile sector. The commonalities among these emerging markets include rapid growth in sales and steady price drop. Our study provides empirical evidence to better understand the price evolvement in these emerging markets.

5. What does your research suggest about the future of China’s automobile industry? What are the most important managerial implications of your findings?

Our analysis shows that the decrease in vehicle prices and markup was attributed to intensified competition and cost reduction. Among a very large number of automakers including joint ventures and domestic firms in China, many are quite small and are below the efficient production scale. Consumers in China are becoming more informed and more and more future vehicle buyers would be buying their second or third vehicles instead of the first-time buyers. We expect that the intensive competition may eventually drive out less efficient firms and lead to some consolidation. Currently, domestic automakers are mainly compete in the low-end market and they have a long way to go before they can compete effectively in other segments and in international markets. Investing in R&D, adopting cost-cutting measures to improve efficiency and improving product quality hold the key for automakers especially domestic automakers to survive and compete successfully in this market. 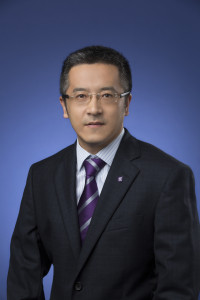 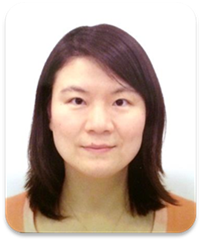