How are charitable donors affected by third party ratings? Baris Yoruk explores this question using Charity Navigator, a site that provides insightful ratings and information for over 5400 charities. In this paper, Yoruk discusses the relationship between third party ratings and the size of the charity, the managerial implications of his research, and further research questions on the charity market.

The following section is a Q&A with Professor Baris Yoruk

1. What does your research demonstrate about the importance of information in the charity market?

Many markets are characterized by incomplete information. When consumers cannot observe the true qualities of products or services that they intend to purchase, they cannot make informed decisions. In recent years, this classic market failure led to the proliferation of online consumer review and product rating websites that provide information about the quality of products and services. The effect of the third-party ratings or consumer reviews on markets and consumers’ decisions is ambiguous. On the one hand, they may complement or substitute for existing information sources such as advertising and help consumers to make informed decisions. On the other hand, reviews or ratings may be subjective or hard to interpret and cover only a small segment of a market. In this paper, I find that information in the charity market measured by the Charity Navigator (the largest third-party charity evaluator in the U.S.) ratings has a positive and significant impact on charitable contributions received by relatively small and unknown charities.

2. What is the effect of third party ratings on charitable contributions?

3. What is the effect of a one-star increase in ratings for charitable contributions? Why do you think the average effect is so small?

The effect of an increase in the star rating is considerably higher for those charities that have a relatively higher rating. For small charities that are slightly below the two-star rating, a one star increase has no significant impact on the amount of contributions that the charity would receive. However, for small charities, a one-star increase from 2 to 3 or 3 to 4 stars is associated with up to a 28.2% increase in the amount of charitable donations received.

4. How are large and small charities affected differently by charity ratings?

I hypothesize that small charities have relatively limited resources to signal their quality through fundraising or advertising. Therefore, independent, third-party ratings are quite important for small charities to signal their quality. On the other hand, a very well-known, super-sized charity such as Red Cross would not benefit much from ratings. People most probably are much likely to check out third-party ratings before they contribute to a charity that they have never heard of or given before.

5. What are the managerial implications of your research?

The third-party ratings are similar to mandatory quality disclosure laws in a sense that they are both designed to provide information to consumers, so that they can make informed decisions and hold firms accountable for their actions. Therefore, the findings of my research imply that a policy that will enforce charities to publicly announce their quality ratings may help charitable donors to make informed decisions about their contributions. Such a policy will also work as an advertising mechanism for relatively small charities that have above-average quality as rated by independent charity evaluators. In particular, such a policy would potentially help small charities that are well-managed and receive good ratings, but do not have resources to spend money on fundraising or advertising.

6. What further research questions do you hope will be pursued regarding charity ratings?

I believe that further research is needed to understand the relationship between quality disclosure laws and independent ratings and to investigate charities’ response to the third-party ratings. In particular, an interesting research question would be to investigate how charities change their fundraising efforts in response to third-party ratings. 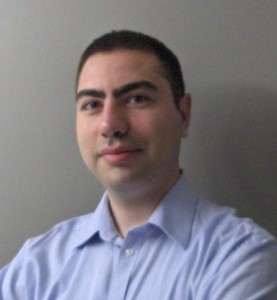