With a focus on the lodging market, we investigate the nature of competition between a peer‐to‐peer platform and a traditional lodging provider (hotel), in an environment where both possess the market power to affect the final lodging price established in the market. To understand such an environment, we investigate the strategy choices of the three types of players active in this market: the platform, the hotel, and individuals in the population who consider supplying or demanding lodging capacity. We use our analysis to predict how the emergence of the peer‐to‐peer platform affects the profits of the hotel and the welfare of consumers. We characterize two types of equilibria: Partial Coverage and Full Coverage. The former type arises if each individual’s demand for lodging while on vacation is relatively low in comparison to her supply. In this case, the level of demand originating from vacationers is insufficient to make it worthwhile for the platform to lower its service fee in order to attract capacity from every individual in the population. In contrast, when the demand for lodging while on vacation is relatively high, it may become profitable for the platform to implement the Full Coverage equilibrium, in which case every individual supplies lodging capacity to the platform. We demonstrate that the entry of the platform to the market will definitely increase the consumer surplus if the platform chooses to implement the Full Coverage equilibrium. At the Partial Coverage equilibrium, the consumer surplus might actually decline upon the entry of the platform. This might happen because the entry of the platform can sometimes lead to higher lodging prices, and as a result, can hurt individuals when vacationing. Because the entry of the platform raises the income of individuals in the economy, their willingness to pay for lodging while on vacation may rise. Such higher prices may also sometimes lead to higher profits for the hotel, in spite of the competition with the platform. In the special case that individuals experience no disutility when offering a portion of their housing space to the platform because this space has no alternative use for the individual, the entry of the platform will always lead to higher consumer welfare and lower profits for the hotel, irrespective of whether Full or Partial Coverage arises as equilibrium.

The following section is a Q&A with Professor Gal-Or:

1. Please briefly describe the research question and main results of your paper.

2. How did you become interested in the topic of peer to peer sharing in the lodging market?

The sharing economy has experienced tremendous growth in recent years. Airbnb, for instance, was valued at approximately $31 billion in March 2017, higher than the Hyatt hotel chain. Similarly, Uber was valued around $62 billion (higher than Hertz or Avis) in its last investment round in June 2016. Most of the early literature on the sharing economy has been qualitative in nature and relates to identifying the appropriate balance in the regulatory environment to ensure the continued stream of benefits that this industry can generate while reducing potential market failures. While highlighting potential market failures may be important, I felt that the prior literature failed to capture the nature of competition between peer-to-peer platforms and traditional service providers as well as the decision of individuals in the population to participate in the sharing economy. I decided, therefore, to develop a formal economic model to understand the interaction among the relevant parties active in a given service industry. I chose the lodging industry to illustrate my predictions regarding the welfare implications of entry of a sharing platform to this market.

3. How does your focus differ from previous explorations of this topic?

Previous explorations of the sharing economy were either qualitative in nature or focused on the decision of individuals on whether to own an asset or to rent it via the sharing economy. In contrast, my paper is the first to develop a general equilibrium model to capture the optimal behavior of all three types of players active in the lodging market where a dedicated supplier (hotel) competes against a peer-to-peer platform (Airbnb.) These players are the hotel, the platform, and individuals active in the sharing economy. In the model, both the platform and the hotel are strategic decision makers, and individuals in the economy choose endogenously whether to supply and demand lodging in the market.

4. What are some possible managerial or policy implications of this work?

My analysis guides the sharing platform on the manner in which it should set the service fee charged to individuals who supply lodging capacity to the platform. In setting this fee, the platform has to compare the overall level of demand originating from vacationers with the potential supply it can attract. I demonstrate that in order to assess this potential supply, the platform should identify which segment of the population is most eager to trade off housing capacity in favor of increased general consumption. Increased consumption that is facilitated by the higher income that individuals can generate when supplying lodging to the platform. In setting its fee, the platform has to decide whether to attract capacity only from this segment of the population (when overall demand for lodging is relatively low) or to lower its fee in order to attract capacity also from segments that are less eager to trade off housing capacity for higher income (when overall demand is relatively high.) Understanding the shape of the utility function of individuals is crucial in making this decision. Recognizing the different incentives of individuals to offer unutilized housing capacity to the sharing platform is also important in assessing the welfare implications of the sharing economy. For instance, when the marginal utility from consumption is strongly diminishing with income, low-income individuals are most eager to offer housing capacity to the platform. Under such circumstances, they are also most likely to benefit from the entry of a sharing platform to the lodging market.

My analysis also illustrates that traditional hotels should not necessarily fear the added competition that the entry of a lodging platform implies. Given that this platform is likely to raise the income of the population, individuals are more likely to raise their demand for vacationing and their willingness to pay for it, thus potentially benefiting traditional hotels as well. 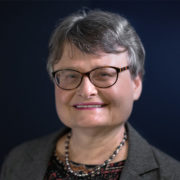