Media often engage in behavior based price discrimination (BBPD), offering different subscription prices to users depending on their past subscription decisions. This type of price discrimination is usually proven to benefit consumers, as it generates cutthroat competition to poach individuals from rivals. However, a media market is among the archetypal examples of two-sided markets, as business is generated not only from users but also from advertising firms. This paper argues that the media practice of conditioning subscription prices to past behavior might turn out to be detrimental for subscribers. This is because BBPD intensifies media competition on the firms’ side, as some firms advertise only on one media outlet (single‐home), where they can meet early users and switchers, thereby reducing advertising revenues and putting an upward pressure on subscription prices. This force can offset the intensification of competition on the users’ side, leading to a detriment to users.

The following section is a Q&A with Professor Elias Carroni

A media market is among the archetypal examples of two-sided markets, as business is generated not only from users but also from advertising firms. Because of cross-side externalities, conditioning subscription prices to past behavior (Behavior-Based Price Discrimination, or BBPD) has two effects. On the one hand, it intensifies competition on the firms’ side, as some firms advertise only on one media outlet (single‐homing), where they can meet early users and switchers, thereby reducing advertising revenues and putting an upward pressure on subscription prices. On the other hand, it induces stronger competition to poach the rival’s users. Depending on the balance between these two forces, conditioning subscription prices on past behavior might be beneficial or detrimental to users, whereas it is always detrimental to platforms. In relation to within‐group uniform pricing, total welfare might increase or decrease, as the lower advertising intensity may entail either under-provision or a mitigation of over-provision of advertisements.

BBPD and two-sided markets are among the most important topics that animated the debate around industrial economics in the digital era. The current paper innovates by proposing a model specific to the media industry. Namely, the firm side aims to sell products by means of commercials, which represent a nuisance for users. The model aims to explain how the switching behavior of users makes a media outlet more appealing to the firms’ side, as it offers access not only to early users but also to future switchers. This makes single-homing the best choice for some firms, finally putting an upward pressure on subscription prices, which would not have been present in a one-sided market. As a consequence, while in a one-sided market BBPD is usually proven to benefit consumers as it generates a cutthroat competition to poach individuals belonging to the rival’s demand, the paper demonstrates that this conventional wisdom does not necessarily apply in media markets.

It is well known that different pricing strategies may have different implications and that the two-sidedness of a market may have profound and at times counterintuitive effects. This should also be true when we consider price discrimination, a hot topic considering the enormous mass of information available to platforms about consumers’ behavior and characteristics. My attention was, therefore, captured by a simple question: To what extent does having more information on consumers can represent a detriment for them? In a one-side market, this usually intensifies competition because of a business stealing effect. In a two-sided market, this is not necessary true, as another side has to be taken into account.

Media markets, traditional as well as digital, are characterized by subscriptions, which allow media to recognize consumers and then to engage in BBPD. For example, a new three-month subscriber to the French newspaper “Le Monde” pays 50 euros, whereas a previous customer is charged 131.30 euros. Similar offers can be found in many traditional media (TVs, newspapers, and magazines) as well as on online platforms such as Spotify and Deezer, which offer free trial memberships to access their content. In all these cases, consumer switching changes the value attached by advertising firms to displaying their commercials on the platforms. Indeed, switching gives an additional opportunity to “meet” a potential buyer on the other side the market, making multi-homing less appealing.

The economy of digital platforms is a very hot and timely topic right now and needs to be explored further in several directions. First of all, the present paper–among others–opens the door to the study of the relationship between within-side pricing strategies and the homing decisions across sides, especially inter-temporarily. Indeed, inter-temporal movements of individuals on one side of the market change the value of the interaction perceived by the other side, with an associated impact on the pricing strategies of firms. Secondly, digital platform are more and more often characterized by within-side local network interactions. The non-trivial relationship of users’ interactions with their ego-network surely deserves scrutiny. Finally, a promising research line might be a study of how advertising content is designed online, trying to understand whether and how platforms actually promote two-sided transactions with high social value. 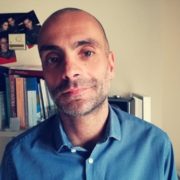 27.2 – Multibrand pricing as a strategy for consumer search obfuscation... Patent transactions in the marketplace: Lessons from the USPTO Patent Assignment...
Scroll to top